Large lithograph showing the deck of HMS Victory with Lord Nelson and his senior officers giving orders to fly his last signal before the battle of Trafalgar. Produced in 1905, the 100th anniversary of the battle. Some foxing but otherwise in very nice condition. Size quoted is the maximum frame size. Later 20th century mount in grey and frame in black and gilt. Owing to the size of this it is not suitable for posting and is for collection from Holt only 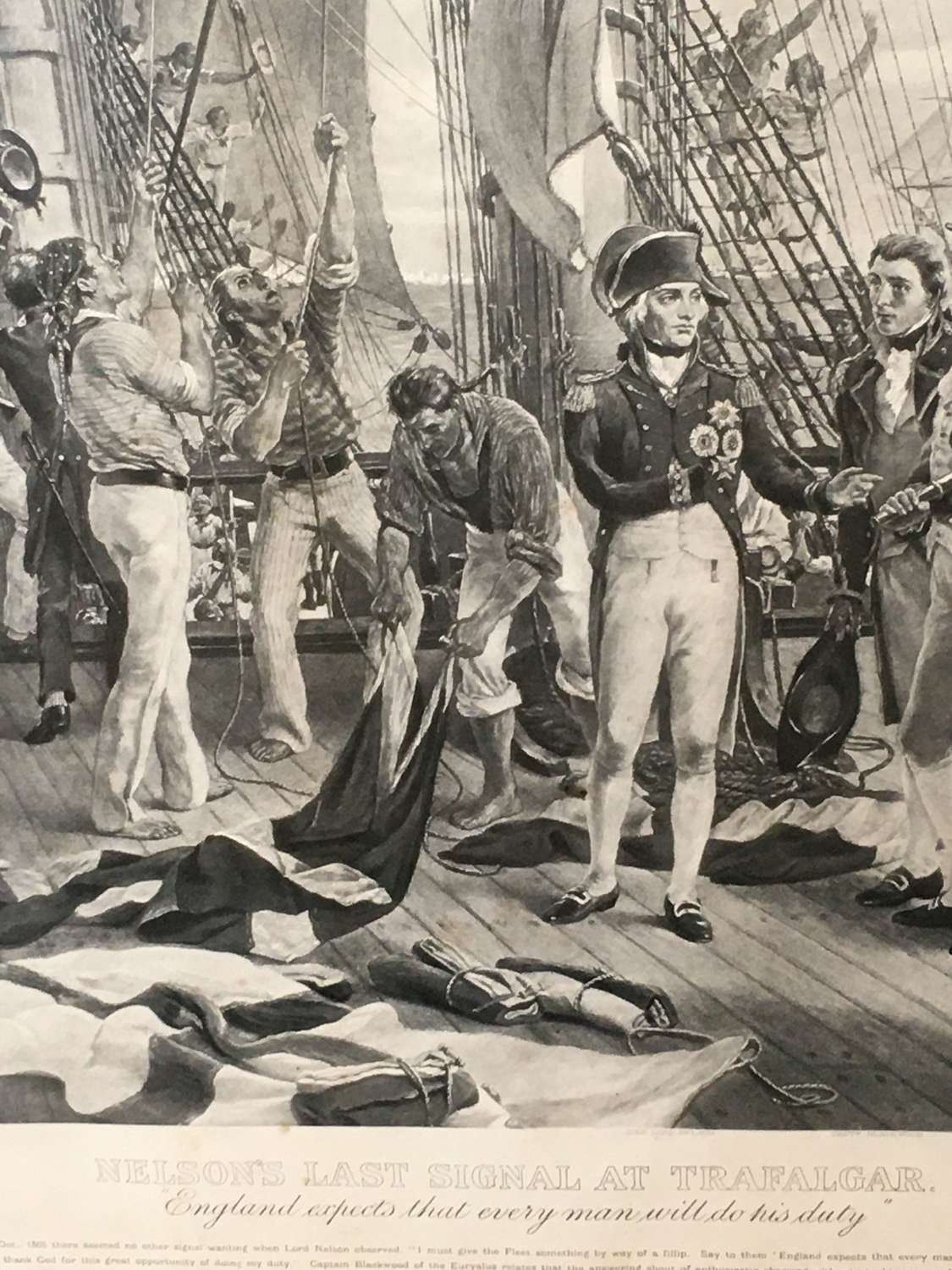 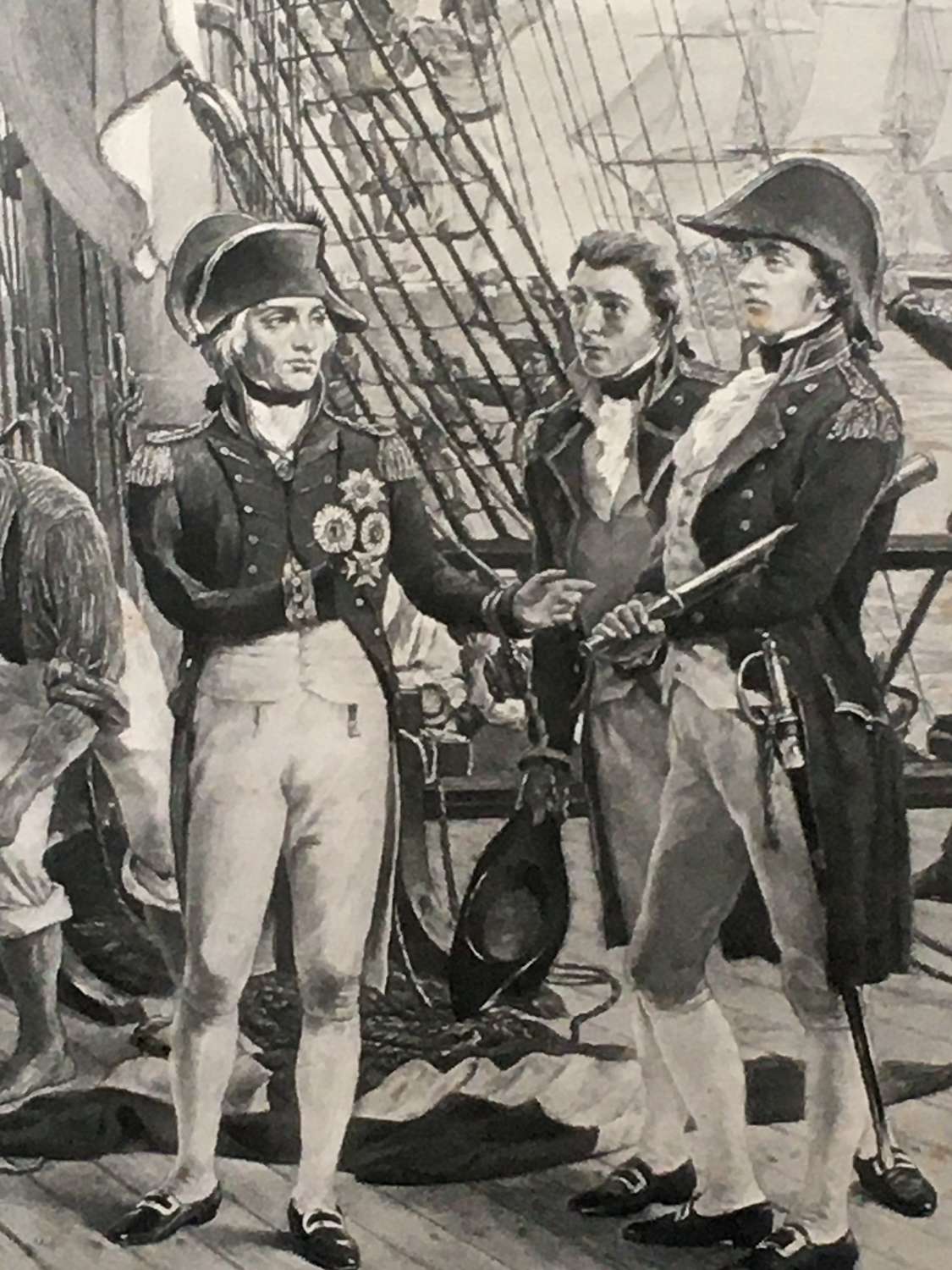 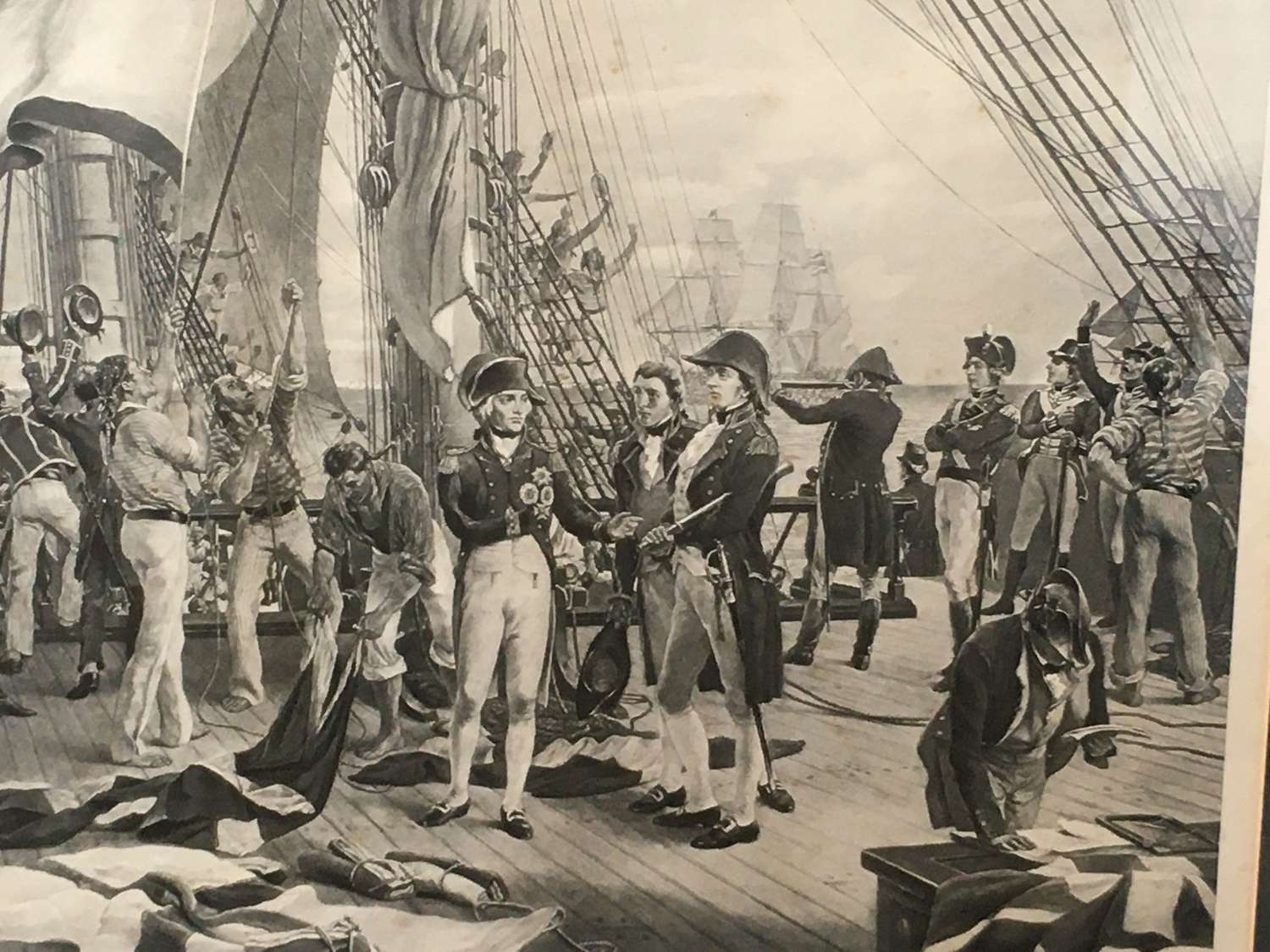 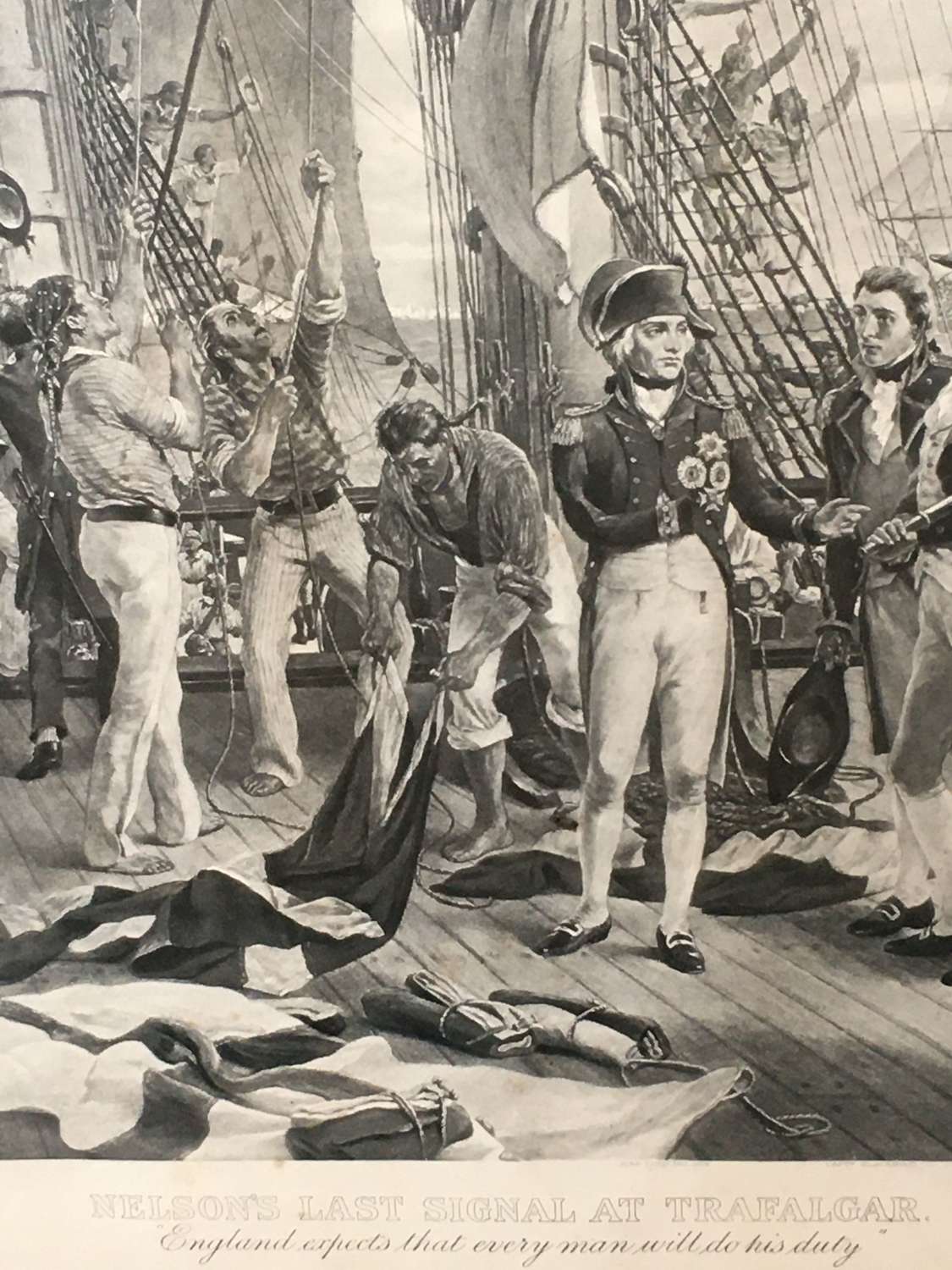 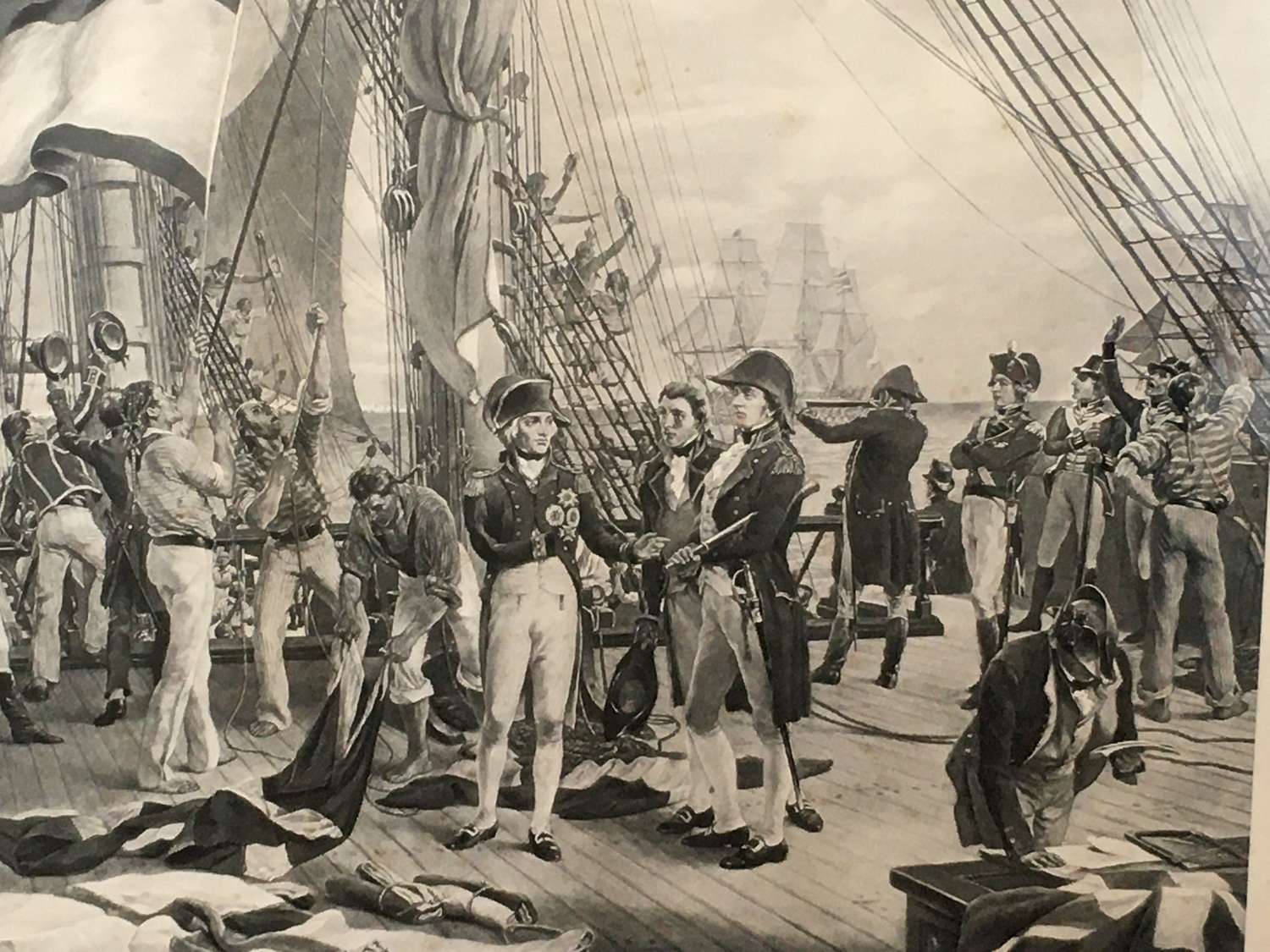 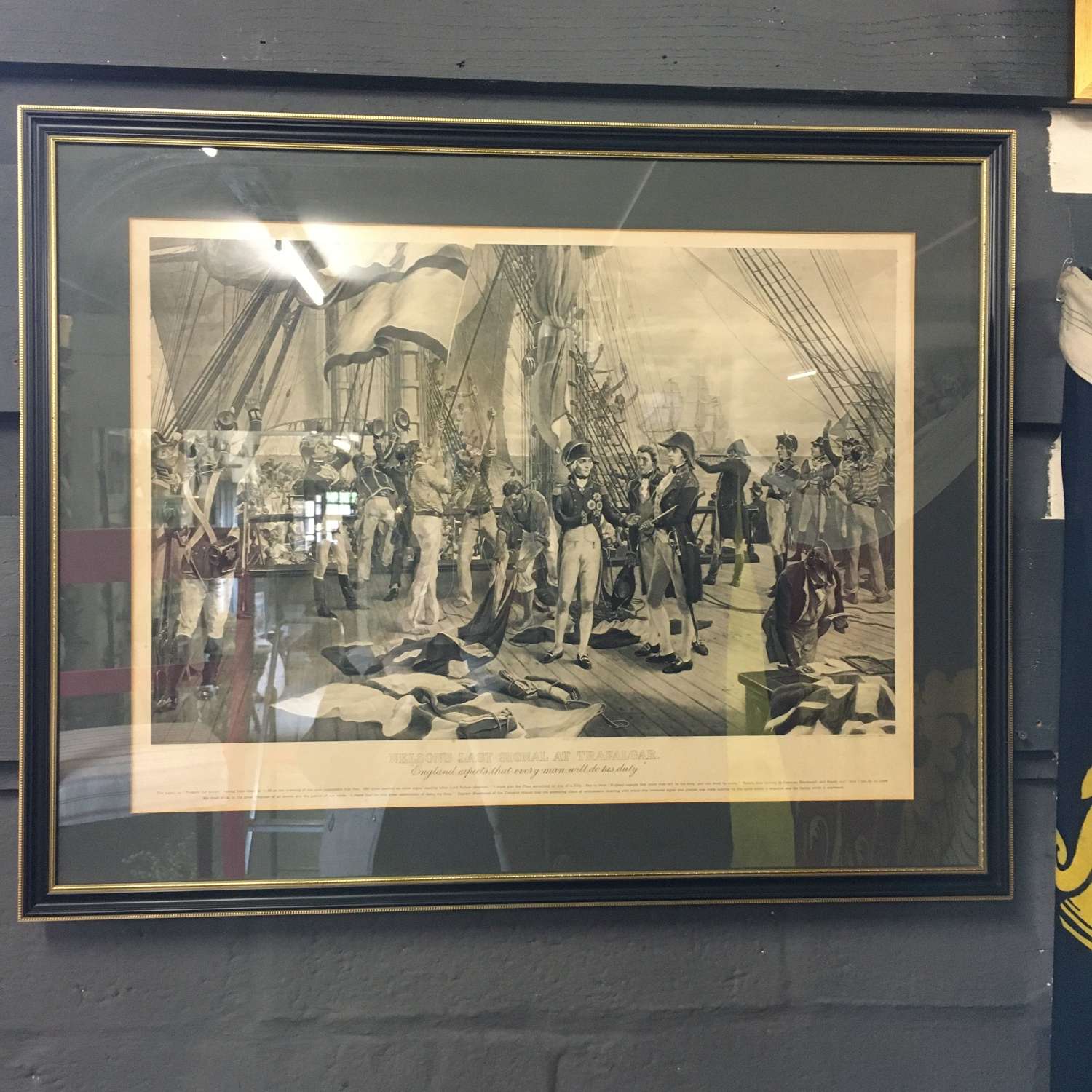 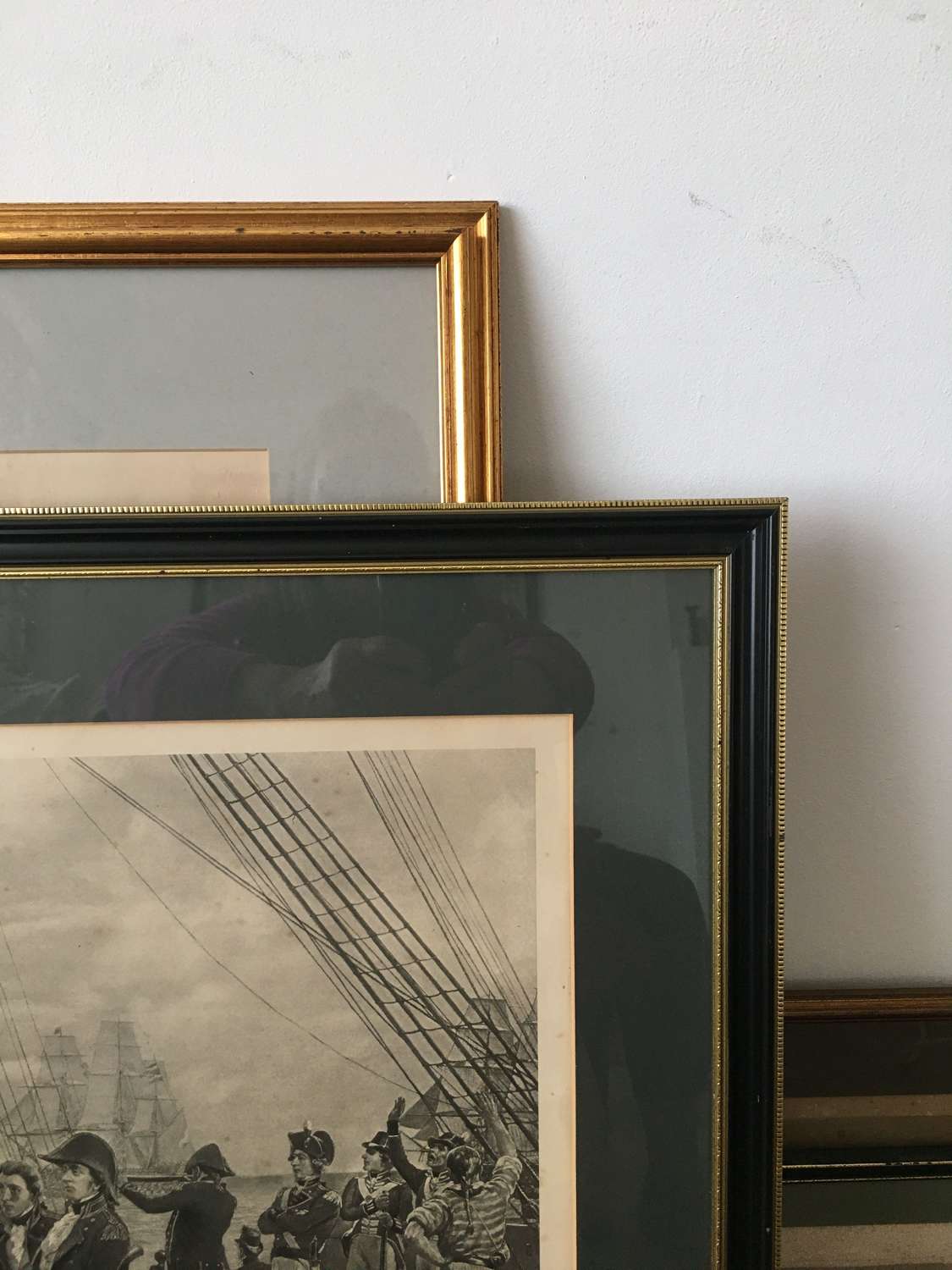