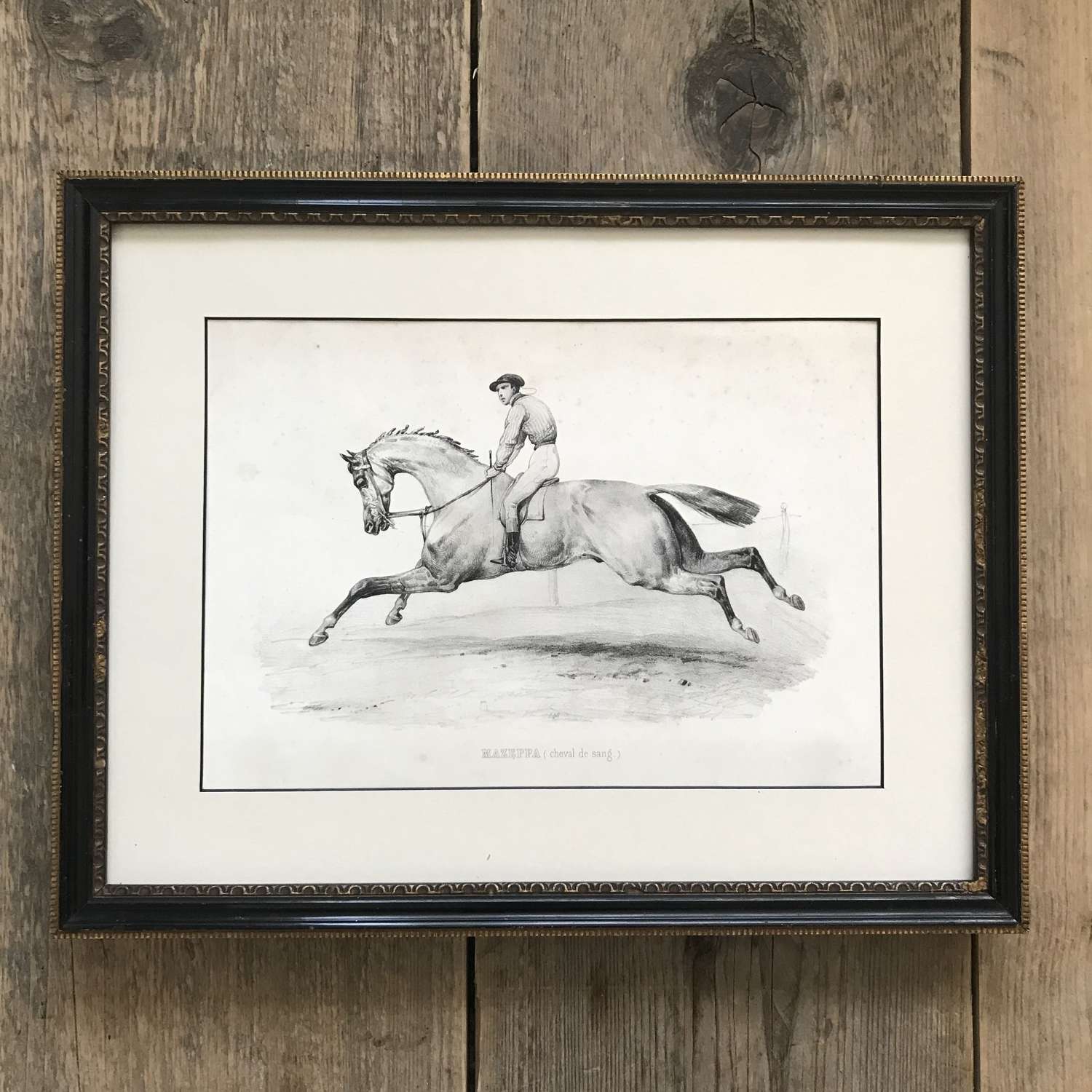 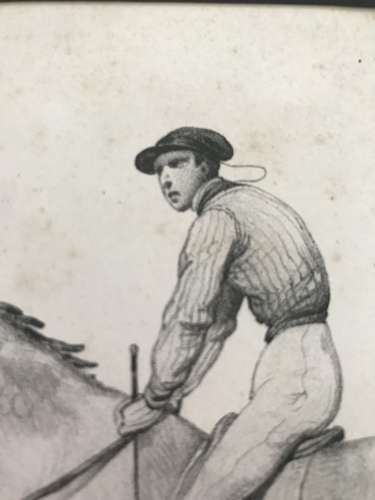 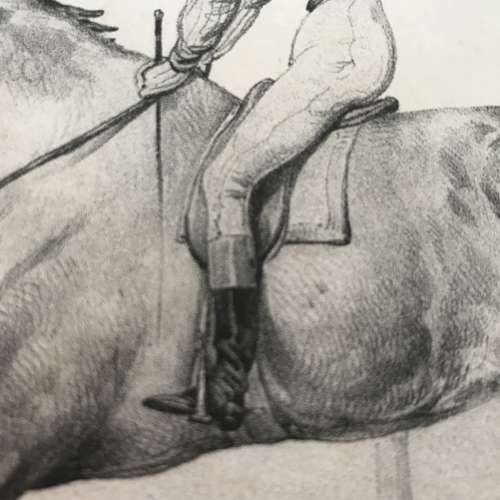 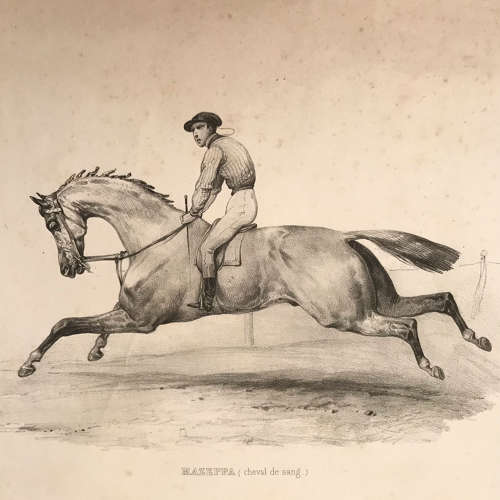 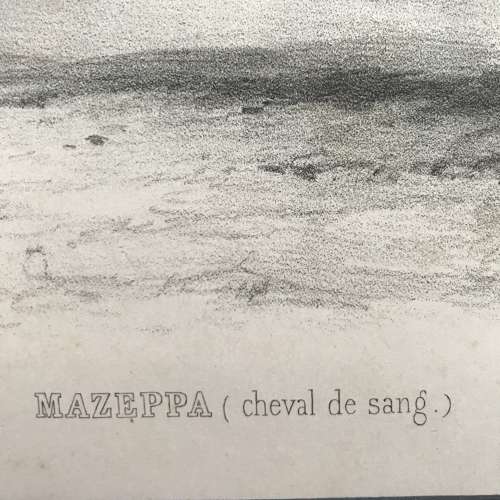 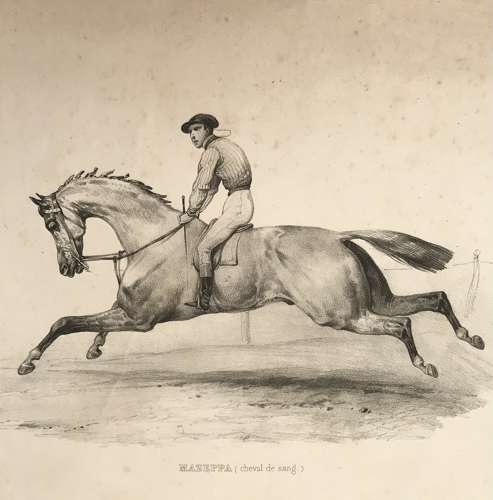 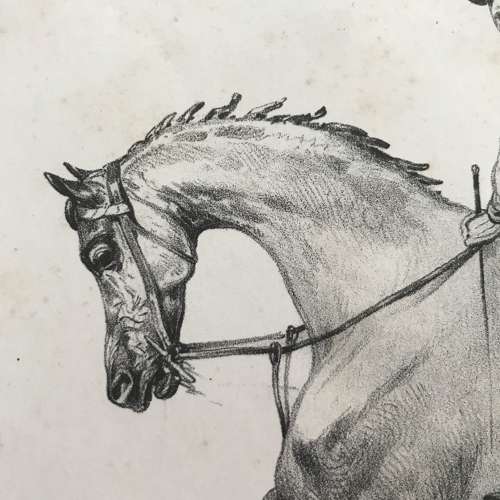 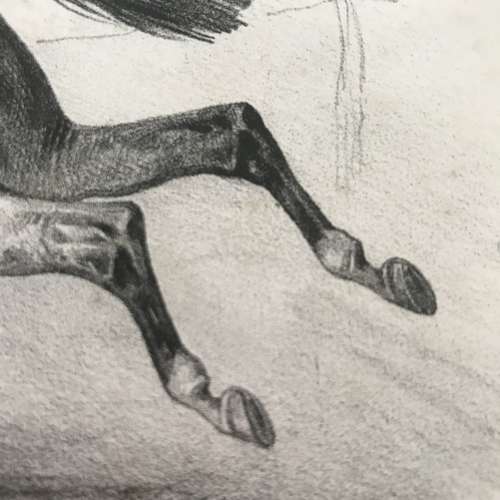 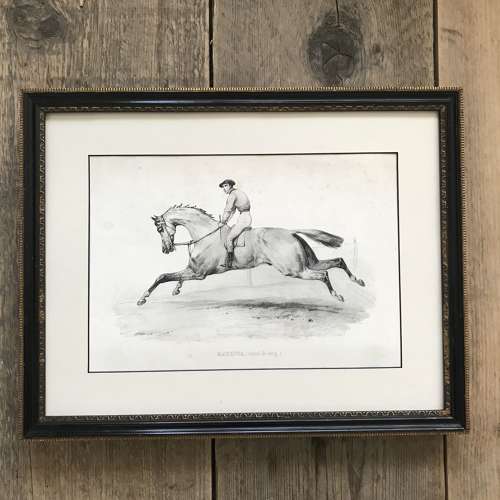 19th century etching of a French racehorse Mazeppa.
The history of the French thoroughbred horses and the control of breeding in France makes interesting reading.
Mazeppa is a hero in Ukrainian folklore and the story became known in a poem by Lord Byron (written in 1819). It was soon translated into French and became very popular.  The horse, no doubt, was named after the poem.
The etching has some foxing and discolouration due to its age. Framed in a Hogarth type frame which is in good condition though the gilding has some restoration.

Please fill in the information below